To some people, the idea of seeking out sex while avoiding love and relationship seems repulsive. For other people it’s OK once and awhile, and for others it’s a way of life.  The desire for impersonal sex is easy to fulfill these days, in our country and in many others.  We have a multitude of opportunities for sex at various levels of detachment: we can have hook-ups for a night; anonymous partners, multiple partners, and sex online with partners we’ve never met. We can buy sex from prostitutes, in strip clubs, or sex on the phone and in cyberspace.

So, what’s wrong with that? At first glance, nothing.

What does that mean?

Some people want love, but are afraid of the risks and vulnerability of it. Maybe they have never experienced love, so they don’t think it is “out there,” or maybe they have had it but been hurt in the past, and are afraid to try again.

When a person is afraid of getting hurt they try to protect themselves emotionally while still attempting to get their needs met physically. Being close to another human being is risky. Really opening up to love does mean opening up and being vulnerable, and that the other person could take advantage of you, or hurt you in some way. Most people who do find love would say that the reward was worth the risk; not so for avoiders. Avoiders think that some contact is better than none, and that the risk of trying for more – or the emotional price of it – is not worth the reward. But sex without love is not enough to provide deep satisfaction and happiness, and loneliness is inevitable.

Sex without love can be a relatively easy “high. ” Again, as an occasional pleasure and superficial connection it can work just fine. But like any other way to get high, it can become addictive. Sex addiction is a big problem in our country now, especially since access is so easy.

As with all addictions, the problems which come from it multiply and are costly in many ways. Compulsivity refers to the loss of choice – being controlled by the impulse to act out the addiction. As we have seen in recent news stories, even people who are in the public eye can’t control themselves when they are addicted to sex.  Shame and guilt increase as control decreases, and there are consequences both personal and financial.

Separation of sex from love reveals it’s own price. Drugs and alcohol, often used to make detached encounters easier, or to deal with loneliness, become problems of their own. Depression is common.

A sex life without love eventually becomes empty and soulless, and a lifestyle of this sort becomes isolating, repetitious, and self-limiting–a way to hide from self as well as others.

Sex for sex’s sake is missing the complexity and depth of two human beings–their history, their thoughts, feelings, and the mystery of loving and sharing. 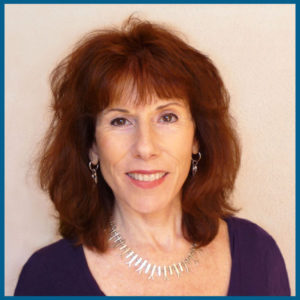 My book, Someone To Talk To will give you an insider’s view of therapy. 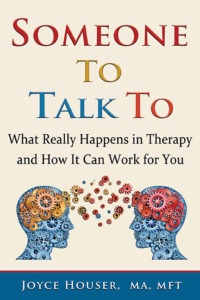